Fiona Houston was ahead of the curve when she co-founded Mara Seaweed in 2014. Fueled by a love for foraging, sustainability and Scotland’s natural larder, a move into microalgae has built a business whose products are stocked on supermarket shelves and spice cupboards across the UK.

Searching for the next food trend, Fiona Struck upon seaweed, a rich source of vitamins and minerals that has been largely overlooked but was once a staple in Scottish diets.

“We were thinking, what's going to be the next big thing in food? And I said it's going to be seaweed, because it’s this incredible resource that Scotland's got. In Asia, it's used on a daily basis, and why can't we do that here? We used to use it in our past, so I wondered how we could re-introduce it into everybody's daily lives in a way that made sense for a modern diet.

“If you can build a global brand with salmon and seafood and whiskey, why can't you do it with seaweed? Something that is so healthy, so sustainable, and valued for food in other places and used to be in our past.”

That the seaweed sourced by Mara is local and environmentally friendly taps into values that many people now hold, as well as being a superfood, seaweed plays a part in fighting climate change, absorbing carbon dioxide from the atmosphere.

“We’re a company that can really help the planet because seaweed captures more carbon than a tropical rainforest. So you’ve got this incredibly mineral-rich vegan superfood that also tastes really great.

“There’s a lot more emphasis on local foods because of Covid and Brexit. You realise that supply chains can break down and you've got to support your local businesses. The modern consumer is making decisions about food based on sustainability - it’s so important to look at where your food came from.”

Traditionally, seaweed gathering was a woman’s domain with women of all ages working with the tides of the moon and seas to harvest their watery crop. Fisherwomen of the past would collect seaweed in and around Edinburgh to sell on the Royal Mile, while Victorian ladies would collect seaweed and make prints from it. But two world wars and the introduction of industrialised food production saw seaweed as a food source slipping into the past.

These days Mara hand harvests their seaweed variants in the East Neuk of Fife, and will put in seaweed farms from next year, with plans to upscale production, both from wild harvesting and farming.

Ropes seeded with kelp will be rooted in the water for the farming operation, before being taken to their processing site in Granton to be dried and milled. But growing the business won’t compromise their traditional practices.

“We are still producing artisan batches but on a larger scale. The actual quality of what we do, which is drying it in a certain way and harvesting it and how we treat the seaweed hasn't changed”.

Harvesting is done twice a year, where several wet tonnes are taken on the new or full moon that accompanies the lowest monthly tide. 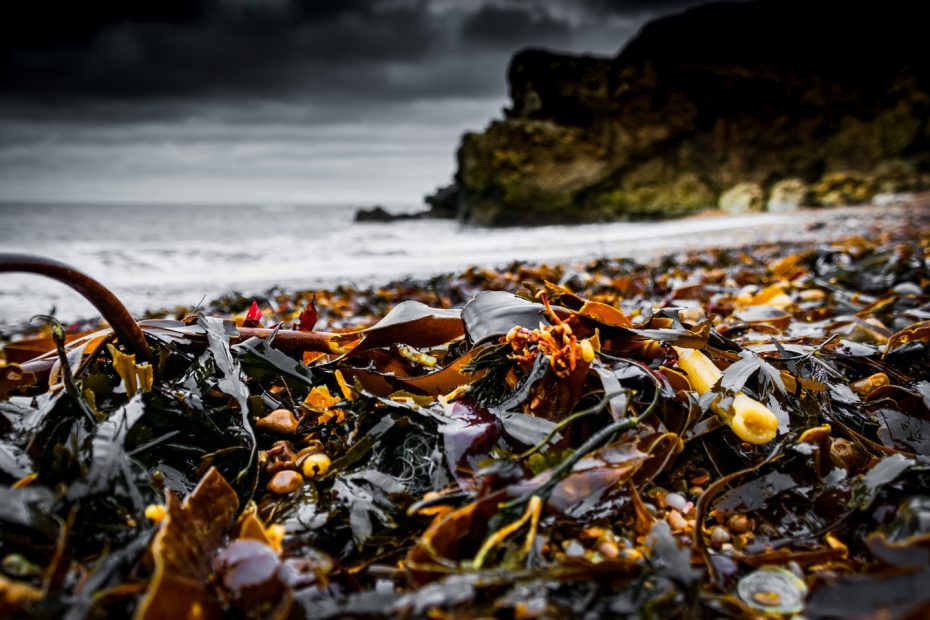 Now Mara Seaweed, which aims to encourage cooks to swap out salt for the healthier seasonings, sells in America, Spain, Sweden and the Middle East and they have further designs on cementing their place as a household brand in the UK market.

The health benefits for everyone are clear, but Fiona is particularly passionate about the boost in vitamins and minerals her products provide for women.

“The minerals that you get from seaweed are really important for women. It’s been found that two thirds of British women don't get enough iodine in their diet, and that affects the thyroid, which can influence our menstrual cycles.

“Women often have very similar complaints about unexplained weight gain or not being able to sleep or having headaches. And often that is just a low level of mineral deficiency and iodine, and seaweed is a natural way of tackling that. It's especially important for young and breastfeeding mums, because that's when you're really needing to keep your essential nutrients up.”

With Covid-19 and Brexit, Fiona’s wild swimming, switching off social media and staying connected to friends has kept her grounded through a challenging year. Business -wise it has been teamwork and a liberal dose of passion that has kept things running.

“You have to have purpose and something that you’re passionate about. It would be very difficult to keep up the level of energy and resilience that you need otherwise. And it's really important to choose the right people and build a strong team around you. That’s the recipe, passion, resilience and a good team.”

You can take a look, read more on and purchase these delicious and nutritious seaweed products on the Mara Seaweed website.